MIG traces its origins to Marfin E.P.E.Y., an investment services company incorporated under Greek law in 1998. Under the leadership of Andreas Vgenopoulos, this company developed a strategy focused on restructuring and consolidation of the Greek banking sector. 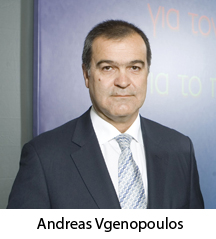 The company’s founder was Andreas Vgenopoulos, who had the inspiration and initiative to invite investors to support the creation of a prominent investment group. Vgenopoulos was born in Athens in 1953 and studied Law at the Law School of the University of Athens. He was a lawyer and founder of the law firm “Vgenopoulos & Partners”. He served as Chairman and then as non-Executive member of the BoD of Marfin Investment Group SA. He passed away in November 2016.

Beginning in 2001, the company executed a series of investments and acquisitive transactions involving Greek and Cypriot financial institutions.

This investment strategy culminated in December 2006 in the establishment of Marfin Popular Bank (MPB) as one of the largest retail banking groups in Greece and Cyprus, following the acquisition by Laiki Group S.A. of approximately 97% of the issued share capital of MIG and the subsequent assimilation of the banking assets of MIG, Laiki Group S.A. (Laiki Group) and Egnatia Bank S.A. (Egnatia) at an operational level.

Shortly thereafter, on 4 May 2007, MIG disposed of its principal banking assets to MPB (with the separate transfer of AS SBM Pank to MPB subject to Estonian and Cypriot regulatory consents) and separated itself operationally from Marfin Popular Bank, reflecting the end of Marfin Popular Bank’s restructuring/consolidation phase and its relative maturity as an operating entity.

On 12 July 2007 the Company completed a Euro 5.19 billion Global Offering with the issuance of 774.660.278 shares in order to fund its acquisitions in targeted countries.